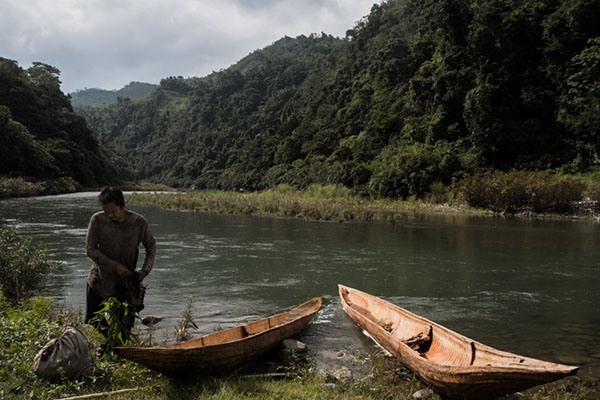 After paddling upstream, Ruel and the rest of his team arrive at a shallow part of the river where they can unload. As they carry their harvests to the river bank, Ruel shares how the Agos river is more than just a source of water for them.

As a merchant, Ruel travels upstream and down on a regular basis to gather fruits, firewood, and root crops from a plantation he set up along the river. He then travels by boat to nearby Daraitan, Rizal to sell his products in the market. 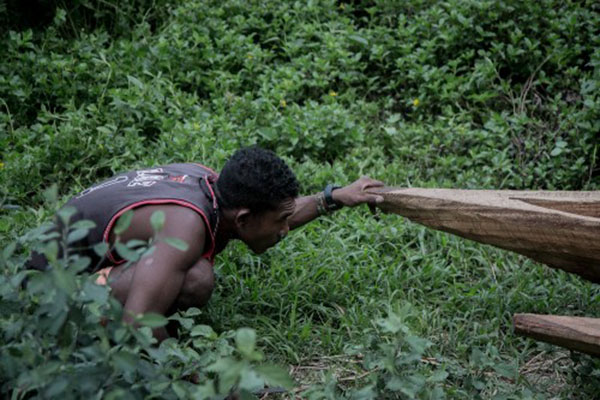 Elpidio was able to make two canoes from a tree trunk. This is the kind of canoe Ruel uses to transport his goods. Elpidio says it usually takes him five to seven days to make one, which he can sell from P8,000–15,000. He uses a small chisel to carve out the shape of the canoe. He then uses tree roots to tighten the joints. Sora, a fisherman, uses a long net to catch fish for his family’s dinner. While walking to his fishing spot, he says there is talk around the village that they will not actually be forced out because of the dam. True or not, when the dam is built, he says, their portion of the river will dry out and they will have to move anyway. Ningning Astoveza, chieftain of Tinipak, makes broomsticks out of coconut leaves in Cablao in Quezon. She sells each broom in Daraitan in Rizal for P20. In Manila, the same broom can sell for up to P100. 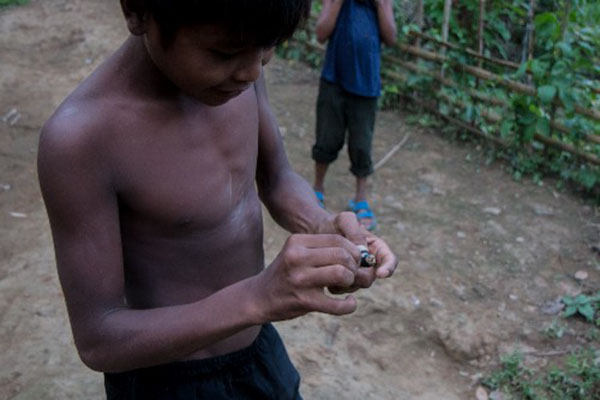 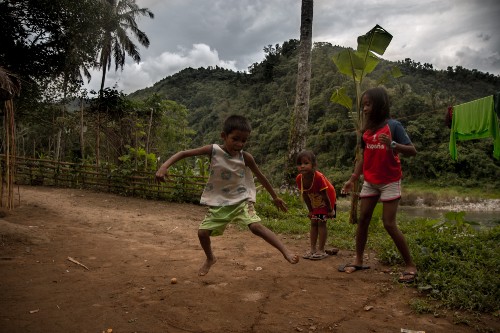 Through generations, the Dumagat people have passed their knowledge down to their children and learned to live with and along the river.

But their way of life is now at stake, community leaders say.